Making Room for Everything: A Foster Care Story

Making Room for Everything: A Foster Care Story 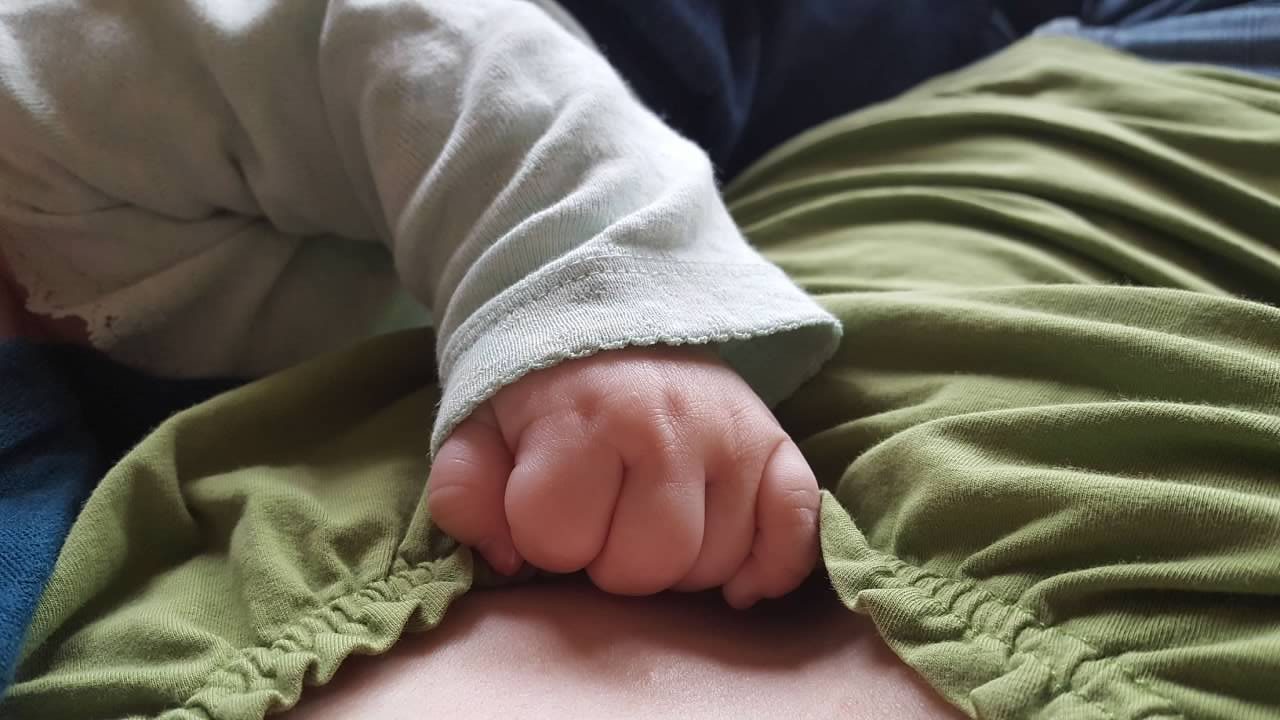 May is National Foster Care Month—something I didn’t know until I became a foster parent.

There was a lot that I didn’t know before September 19, 2017. That was the day I picked up Little A from the hospital.

I met the social worker at the door, and we walked to the OB ward as he filled me in on her short history. My heart raced as we entered the small, dimly lit room where three motherly nurses took turns holding Little A. She was three days old—wrinkly and squinty-eyed, weighing just 5 lbs, 10 oz. Her tiny body fit into the crook of my elbow as she slept.

I signed the paperwork with my free hand—acknowledging that I was informed about the circumstances and that I officially accepted responsibility for this child.

The moment was surreal and dreamlike. It was just the day before when we received the call from a CPS social worker, asking us if we would be willing to take care of this infant for an indeterminate amount of time.

That’s the keyword in foster care: indeterminant. You never know what you’re signing up for when you say, “yes.” It could be a day, a week, a few months, a few years, or a lifetime.

When the social worker called me about Little A, I immediately knew it was right. I also knew this could be a short and potentially painful time, but it didn’t matter. My heart gave a resounding “YES.” Jason felt the same way.

We both dove wholeheartedly into foster-parenthood. Suddenly, my to-do lists became insignificant. The work that consumed so much of my time and energy just hours before was pushed to the back burner. The only thing that mattered right now was this little being in my arms. Jason was no less committed.

From the outside, we looked like any other new family—dewy-eyed, exhausted, a little dirty, and head-over-heels in love. We treated Little A like she was our own. The only difference was that she wasn’t. 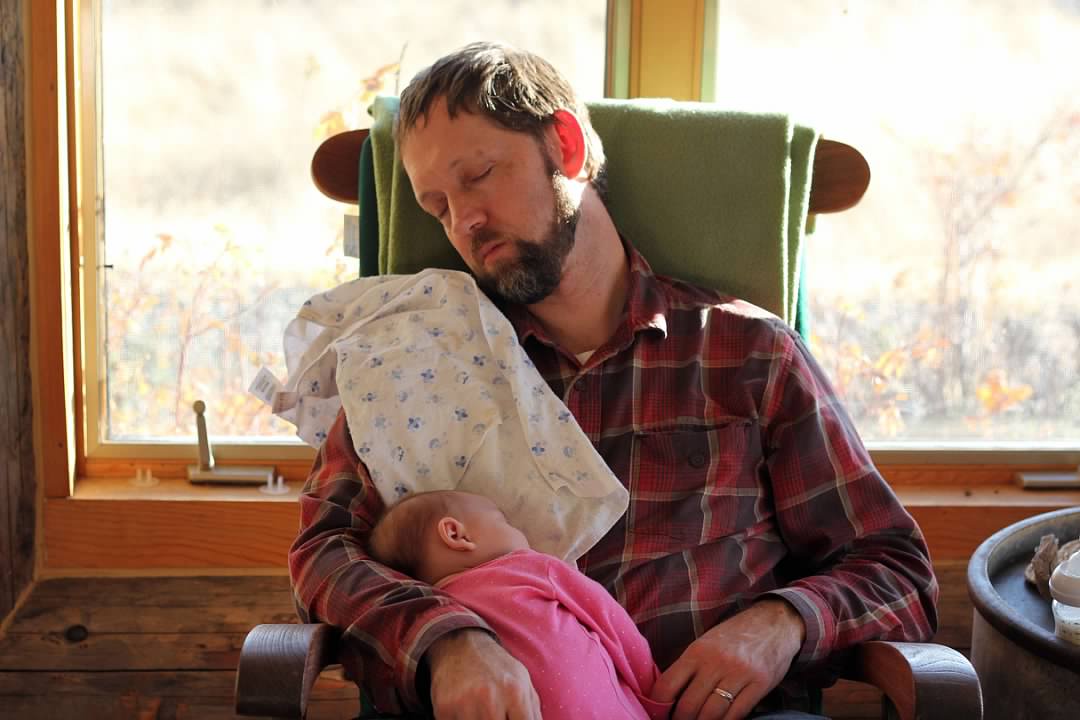 The reality of foster care

We knew from the start Little A’s visit could be a short one.

The first step after a child is placed with foster parents is to find a relative to take care of the child. If they can pass a background check (with a surprising amount of leeway), the child will be moved to the relative’s home. The search can continue for months or even years, so you never know when a third cousin or a great aunt or uncle might come into the picture.

Regardless of whether a child is placed with a relative or stays with the foster parents, the goal of foster care is ALWAYS reunification, and the Department will go out of their way to help make this happen.

In our situation, visits with Little A’s parents began immediately—three days a week, two hours each visit (an hour away from our home). A supervisor would come to our door to pick up Little A and transport her to the visit, and then he would document how things went. He was a robust fellow with a calm, gravelly voice. He looked like someone you’d hire to keep a rowdy bar under control but had the heart of a teddy bear—two valuable qualities for his line of work.

I understood the purpose of these visits, but they were no less unsettling. Each time I bundled her up into the car seat and watched the car disappear around the corner, I had to remind myself that this was out of my hands. 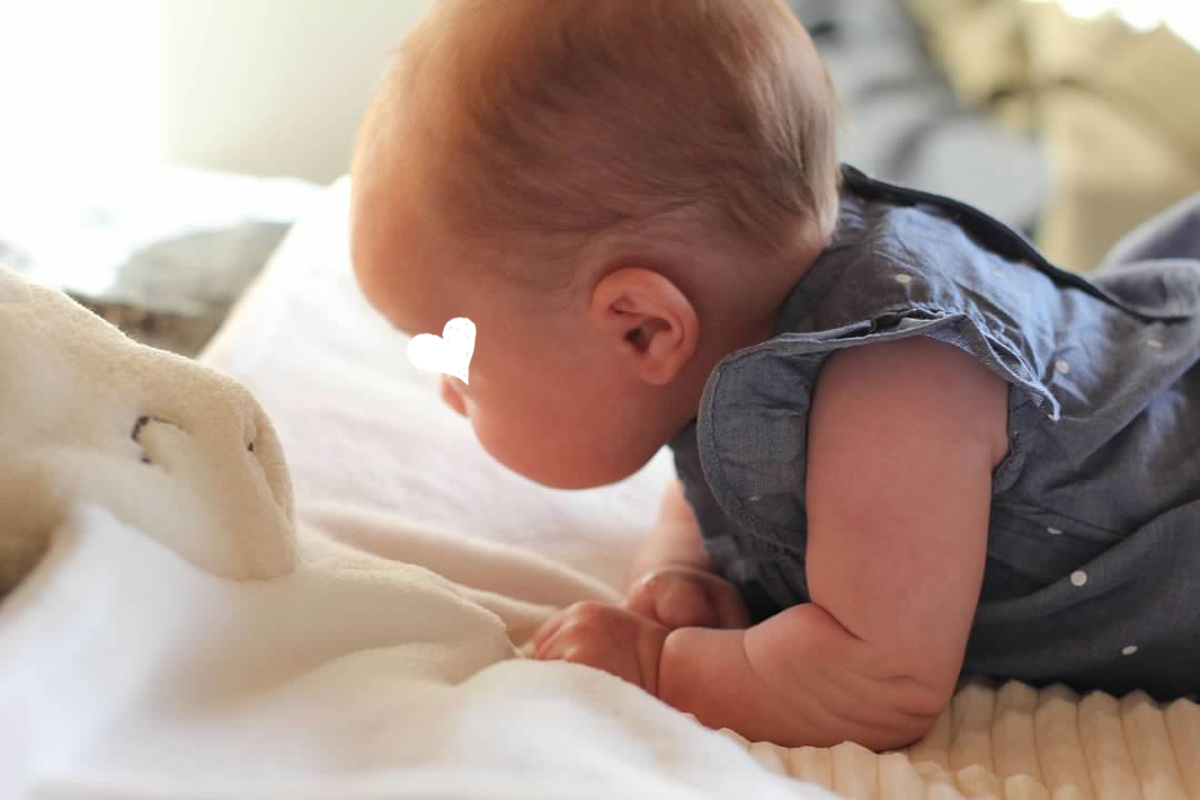 Regardless of the reasons for losing custody of a child, I can’t imagine how terrifying it must be to not know where your child is or how they are doing. I wanted Little A’s mother to know that her daughter was safe and being cared for, so I began writing in a journal, which I tucked in Little A’s diaper bag for Miss R to read during her visits.

I began by telling Miss R a little about who we are and that we were there to help take care of her daughter while she got back on her feet. As time went on, I shared events that I thought she might like to know about. Sometimes, it was just how much Little A slept or ate. Other times it was more significant, like a smile or lifting her head or other developmental milestones. I shared personal tidbits about my family and life and invited Miss R to share hers, and I eventually invited her to my table for lunch.

We might not have known each other in our day-to-day lives, but we shared something so intimate and personal. I couldn’t imagine not cultivating a relationship with her. Note: This isn’t always appropriate in foster care (or in life in general), but I personally felt safe and comfortable in my situation.

This budding relationship led to one of the most valuable lessons of my life: that grief is overpowered by an open heart. 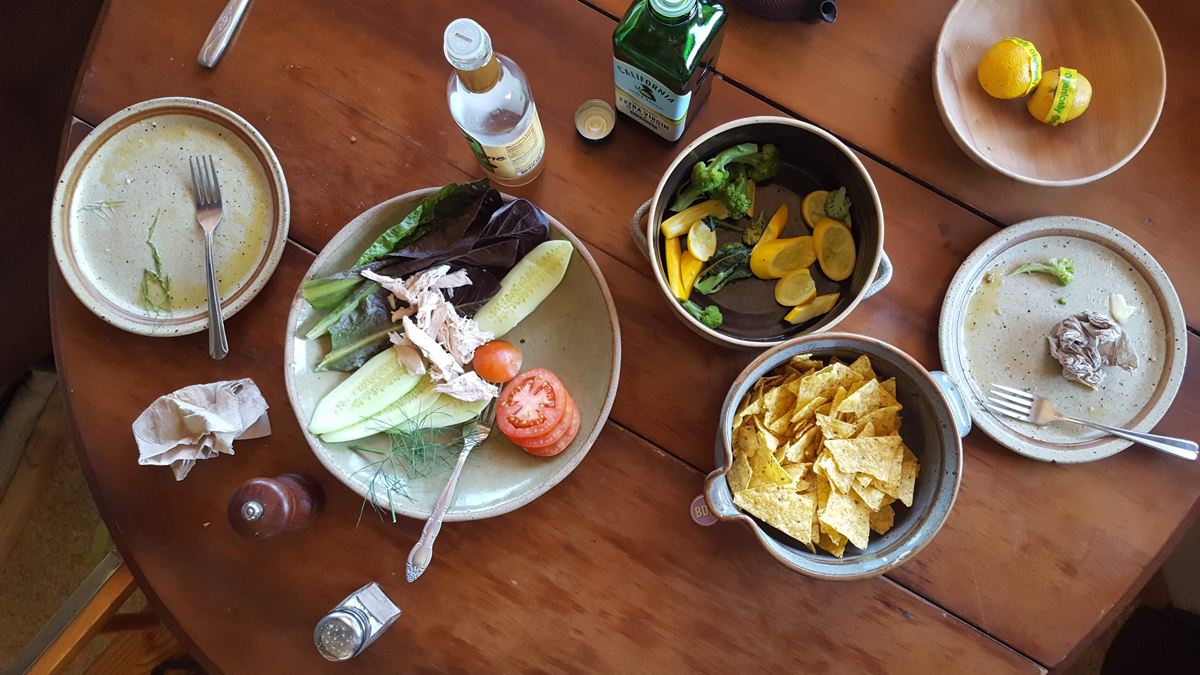 I can’t tell you how many times I’ve been told, “I could never foster a child. I’d get too attached.”

My response is, “Then you’d make a great foster parent!” Why? Because these children NEED you to get attached. Not only is this integral to a child’s development, but we all thrive on feeling a sense of belonging and unconditional care and love. That takes a WHOLE heart that’s all in all the way, even in the face of our own grief and pain.

I do understand where folks are coming from though, and I don’t hold anyone at fault for not choosing to become a foster parent. I just want to emphasize that attachment is a gift, not a curse.

As the months passed and the bond between Little A and Jason and I became even stronger, the thoughts of saying goodbye felt unimaginable. At the same time, I knew I had to hope for what was best for Little A—even if that meant she would no longer be in our daily lives. I had to constantly remind myself that she has her own path, and it may only involve us for a short stretch of it.

At first, supporting Miss R’s success felt a little like rooting for the other team. But I quickly realized it isn’t about one side winning and the other losing. We were in this together for Little A. I had a choice to make. I could either fight and resist the process, or I could bring as much light into the situation as possible for whatever is to come. The answer was obvious.

The more I opened my heart to Miss R, the better and lighter I felt, physically and emotionally. When grief and worry started to dig their talons into me, I opened my heart more. It didn’t take those feelings away entirely. In fact, there wasn’t a day that went by that my stomach didn’t turn at the thought of saying goodbye to Little A. But it became part of something bigger, a blend of Everything—grief, worry, fear, frustration, hope, joy, love—all happening simultaneously in my chest.

I just had to make room for it.

Consciously making space in my heart not only helped me stay sane and healthy, but it also helped me be more present for Little A. I’m not going to lie. There were times that I broke into tears right in front of her, just from imagining a future without her. She would sometimes stop and look deep into my eyes and study the tears rolling down my cheek. I would tell her with the same words I would say to an adult. “I feel sad but it’s okay” while making room for Everything in my heart. I think she saw all of it too, as she calmly went back to rearranging her blocks or chewing on a book. 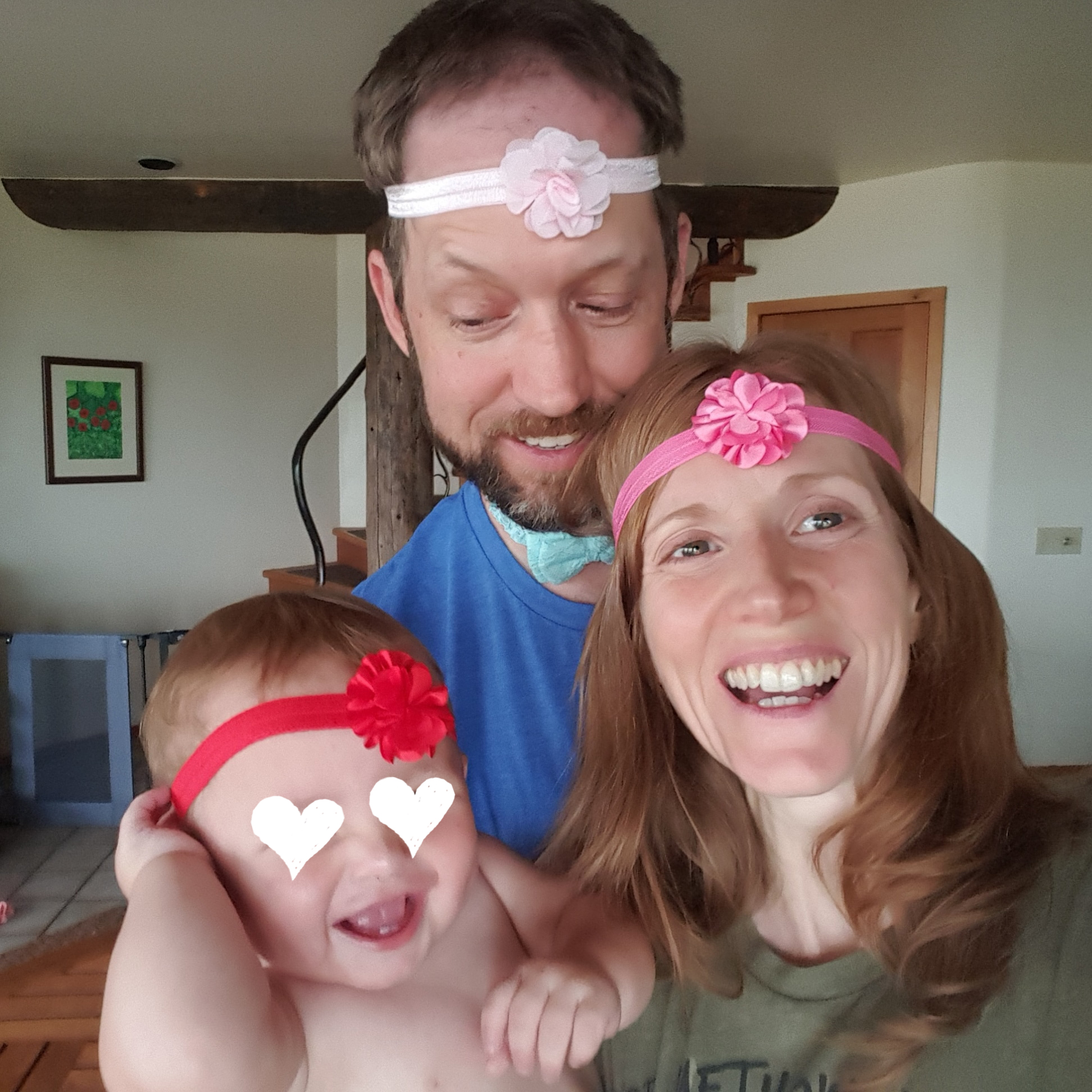 This goofy photo was taken the day before Little A was reunited with her birth mother. You can see Everything in my face, as we captured one more joyful moment together before she continued on her path.

Those eleven months we got to spend with Little A was the richest, most fulfilling time of my life. Was it easy dealing with the unknowns and the pain of potential loss? Hell, no.

Would I do it all again? You bet, I would.

I’m an acupuncturist and Eastern medicine practitioner, specializing in digestive health. When I’m not teaching or writing, I’m most likely growing vegetables, plunking my banjo, or making an impressive mess in the kitchen. Learn more…

Be the first to know about classes and events in the Methow Valley!

(along with the other good stuff)

Send this to a friend